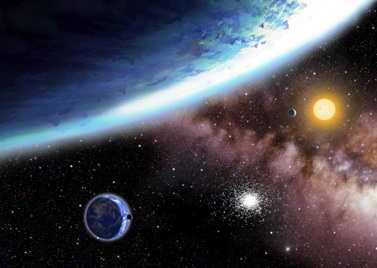 Artist depiction of Kepler-62e and -62f by David Aguilar, CFA

Broadly, I am interested in anything related to the field of Astrobiology: the study of origin of life on Earth and the pursuit of detecting life on other planets/moons in the Universe. Currently we are just now finding planets that are Earth-sized and temperate for the first time in history. In the next two decades, first with James Webb Space Telescope and large ground based observatories and later with follow-up missions like the proposed HabEx/LUVOIR/LIFE, we will be able to detect the atmospheres of terrestrial extrasolar planets in the habitable zone (HZ). These questions of our origins and the distribution of life in the Universe are the main driving inspiration for my day to day work. 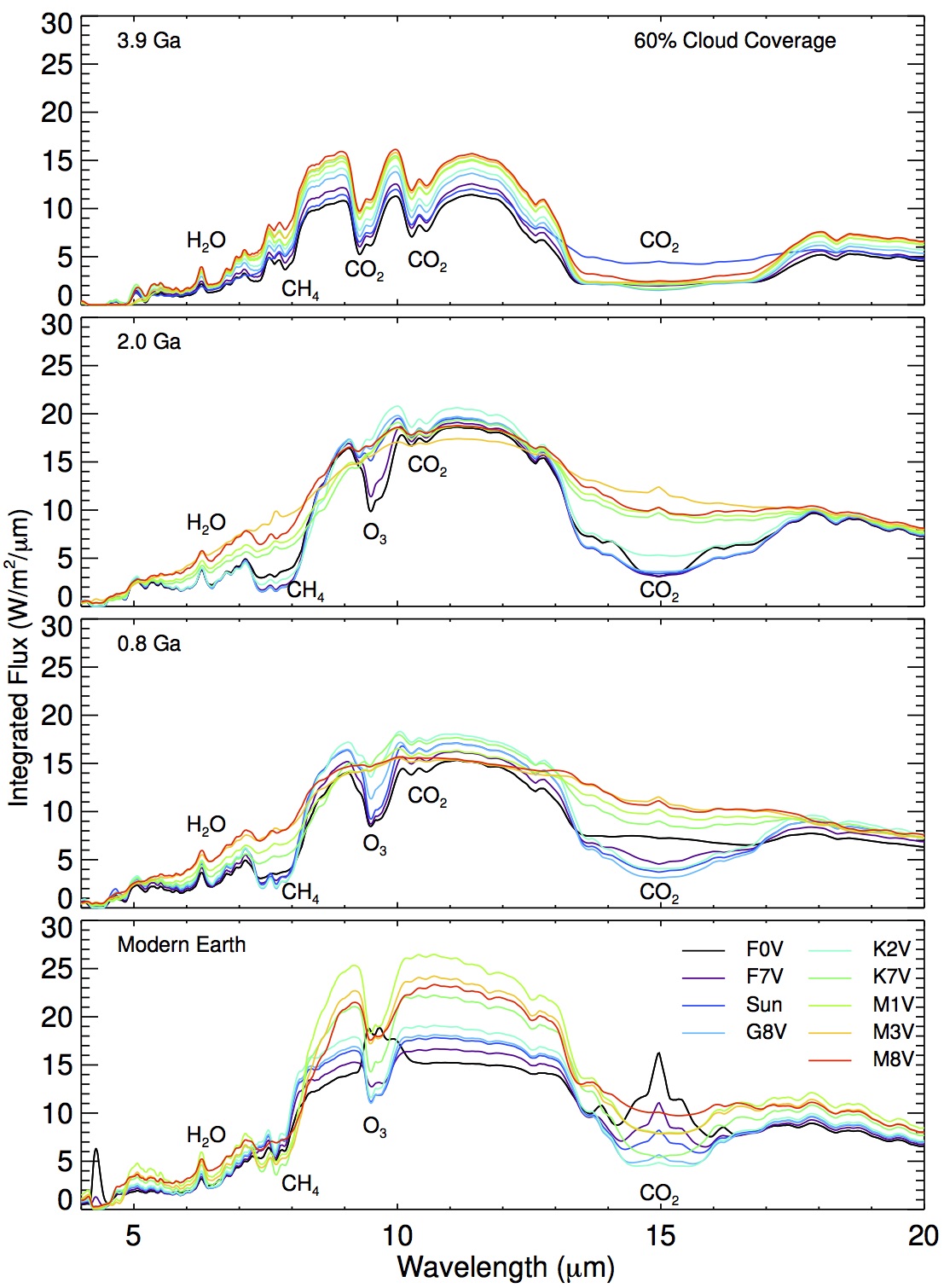 Toward this effort, I research techniques to remotely detect life in the atmospheres of extrasolar planets. The recent focus of my work has been on how spectral type and stellar activity will influence the photochemistry and therefore the resulting detectable spectral features in terrestrial planets. I use a 1D coupled climate and photochemistry model and a line-by-line radiative transfer model to do forward modeling of direct and transit detection spectra with a particular focus on biosignatures of potentially habitable Earth-like planets. 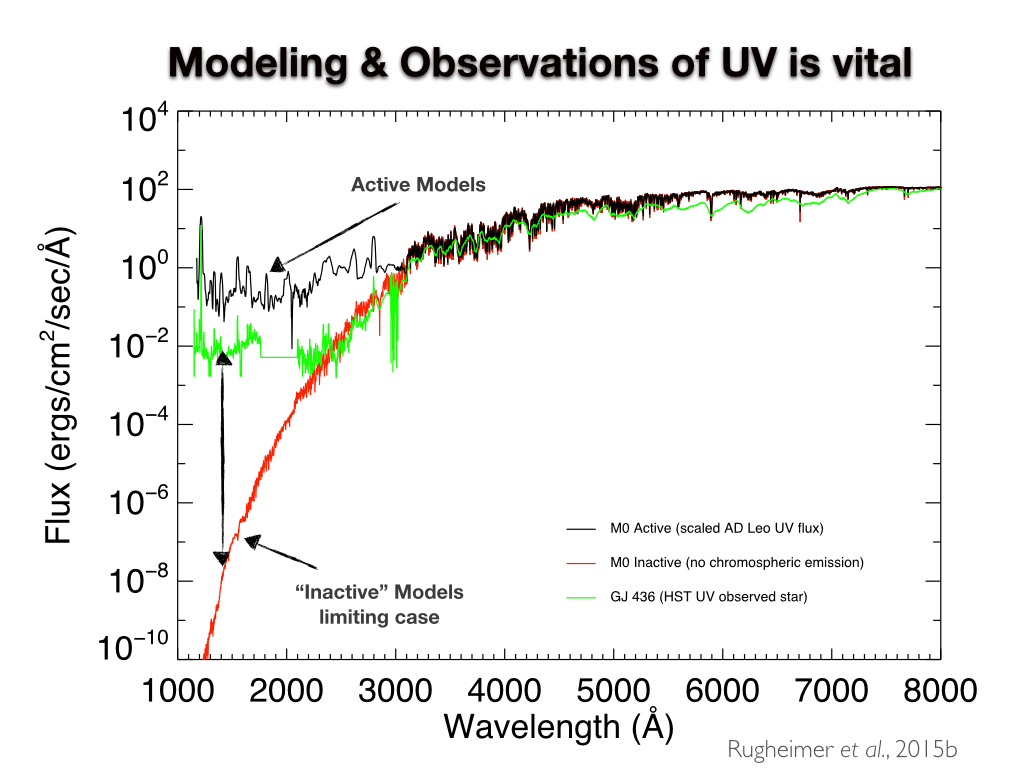 I've developed an extensive stellar and planetary spectral database of F, G, K, and M stars ranging in effective temperatures from 2300K to 7000K and for planets at four different geological epochs as well as planets analogous to Modern Earth. For the FGK stars, I use UV observations from the IUE satellite to augment our theoretical stellar models to understand how a changing SED will impact the atmosphere of Earth-like planets. Though M dwarfs make up over 70% of the stars in the galaxy, they are very difficult to study, particularly their UV emissions, due to their low luminosities, and they remain active for a much larger fraction of their Main Sequence lifetime. For M stars, I created stellar models for both active and inactive M dwarfs host stars as well as 6 traditionally classified "quiescent" M stars with Hubble observations in the UV from the MUSCLES program (GJ 436, GJ 1214, GJ 581, GJ 876 and GJ 832). 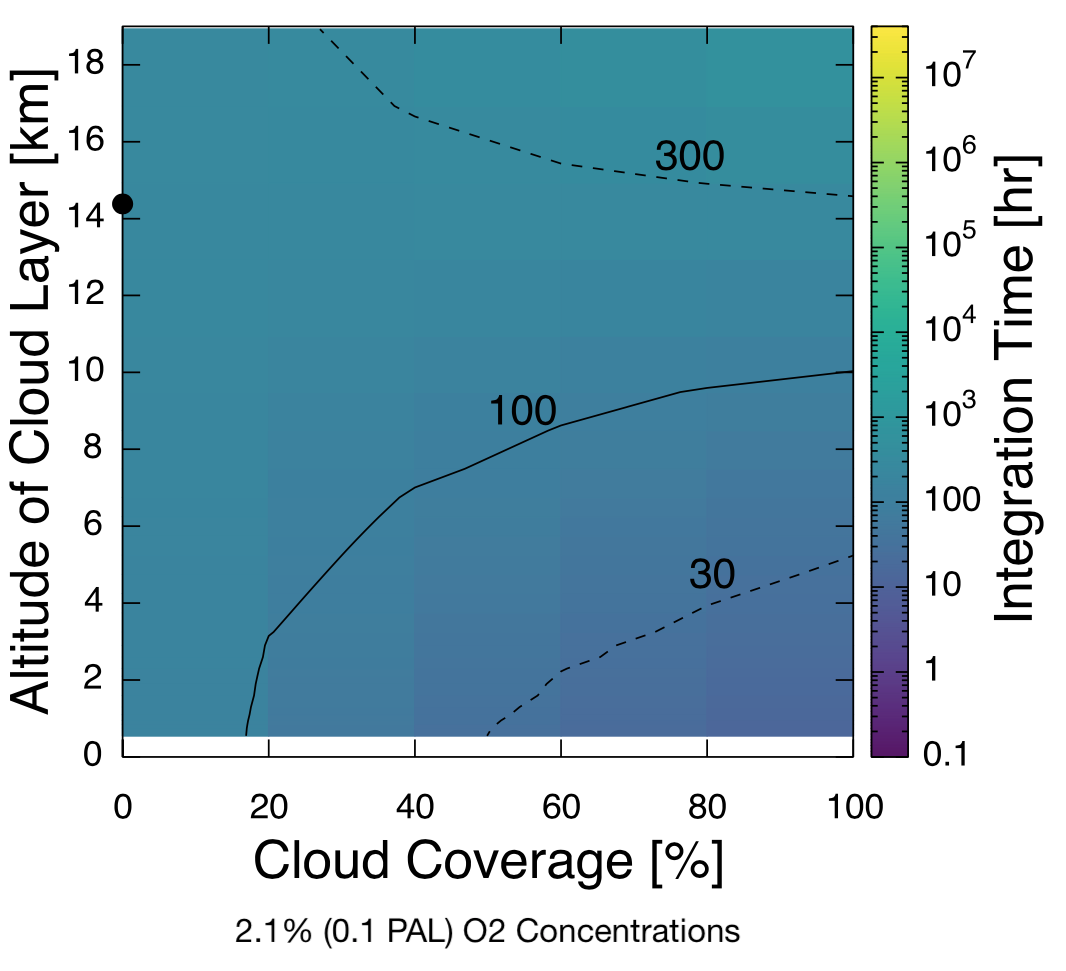 Since we also expect planets to be a different stages of their own geological evolution, I also have created planetary atmosphere and spectral models for FGKM stars with planets at four geological epochs from Earth's history: a pre-life epoch, the first rise of oxygen (1% PAL), the later rise of oxygen (10% PAL), and modern Earth biological fluxes. Through exploring early Earth-like conditions and how the biosphere has evoloved over time we hope to have an better understanding of the possible atmospheres we will detect in the future for planets orbiting other stars. 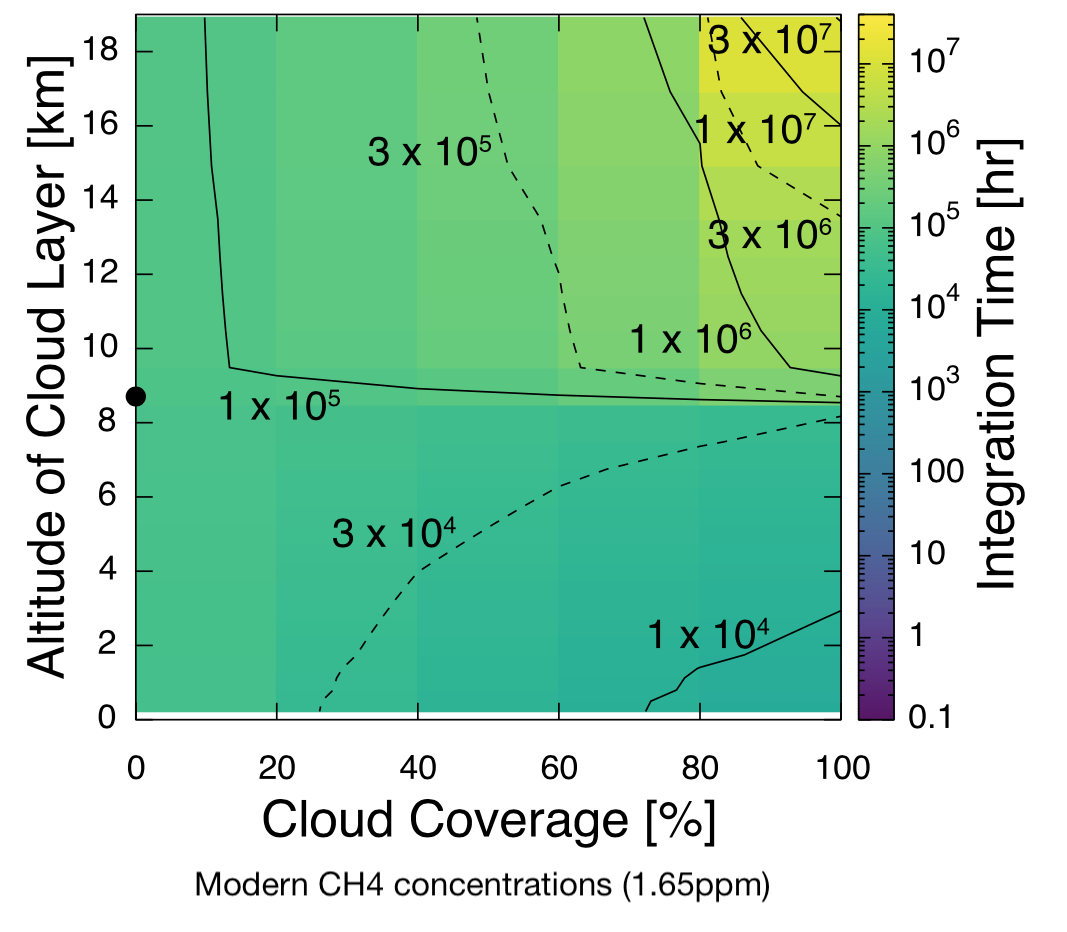 Through collaborations I've been able to also expand this work to other planets such as mini-Neptunes and water worlds. I modeled the atmospheres of the first two planets found in the same habitable zone, Kepler 62 e & f, which are likely to be water rich (see Kaltenegger, Sasselov & Rugheimer 2013; artist depiction above by David Aguilar, CFA)

I am also interested in the plausibility of detecting prebiotically interesting molecules, such as HCN, NH3, CH4, and C2H6 in an early-Earth type atmosphere. Some of these molecules could be produced abiotically in a CO2/CH4/H2 rich atmosphere with lighting and photochemistry. And the carbon to oxygen ratio of a planetary system will determine the bulk atmosphere composition, outgassing, and the types of species that will form through photochemistry. These molecules would be interesting to detect in an exoplanet atmosphere since they are known to be useful for key prebiotic chemical pathways. HCN, for example, is present at each of the initial photochemical reactions that produce lipids, amino acids and nucleosides, the three building blocks of life (Patel et al. 2015). 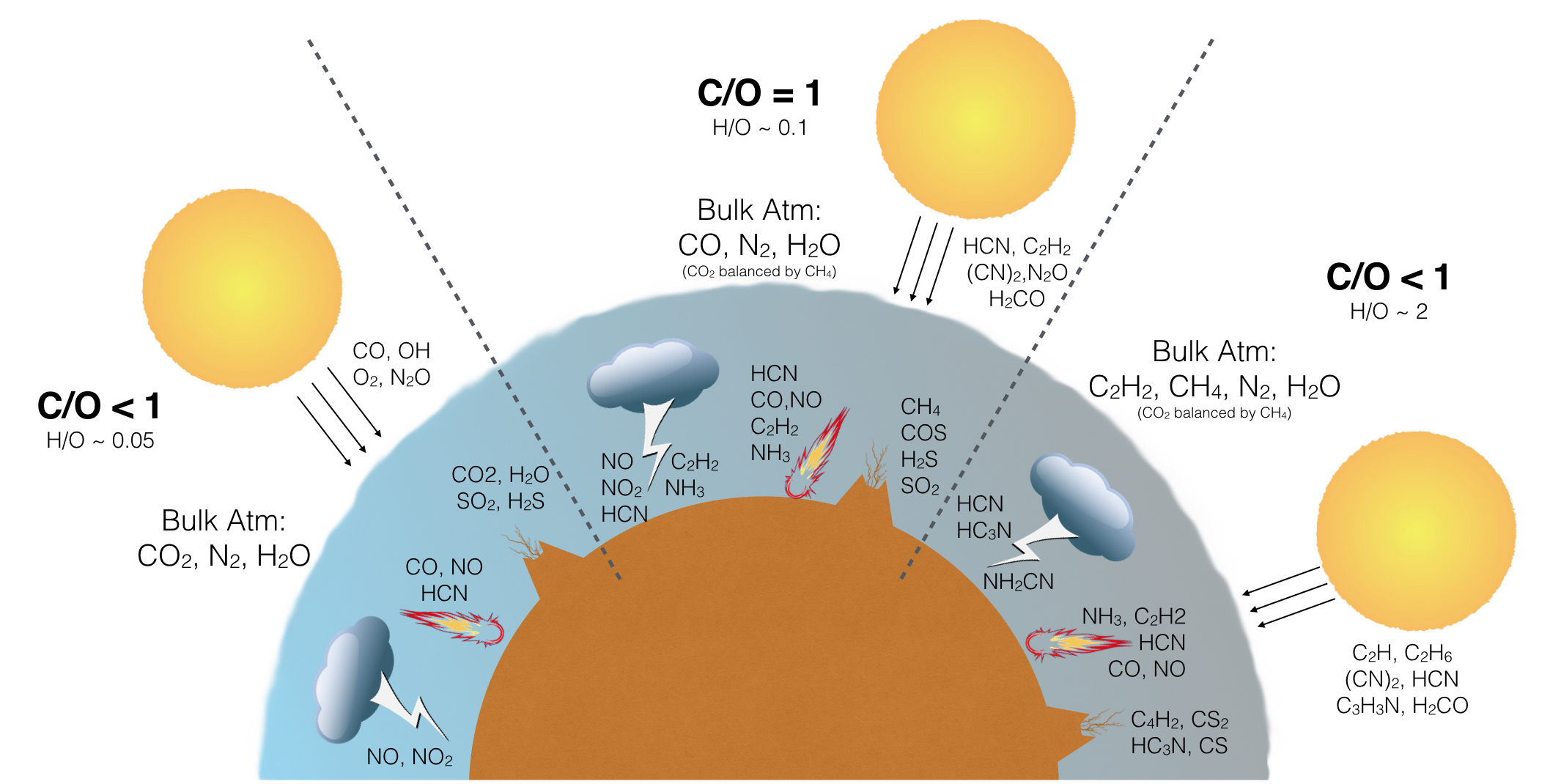 The relative absorption in the IR for biosignature species around and active and inactive M9V stars (see Rugheimer et al., 2015).