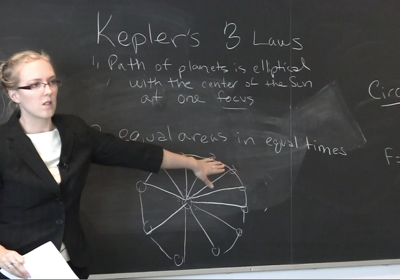 In 2017 I designed a new module at the University of St. Andrews in their interdisciplinary course series. The course was called Astrobiology: Life in the Universe. It is now one of the highest enrolled classes at the University. I also taught a similar course of my own design but for a restricted and smaller class size as a visiting lecturer at Tufts University ExCollege in Fall of 2013 called Life on Earth and Beyond. Both courses covered the origin of life on Earth and remote detection of life in the outer Solar System and on exoplanets. Teaching my own course provided a unique opportunity as a grad student and postdoc to develop all aspects of the course material and to implement active learning strategies I had learned in the teaching methodology courses I’ve taken. 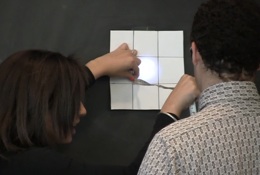 My module at St. Andrews in the first year needed to be capped early when enrollment was much higher than expected with 105 students. The second year we were able to offer the course to 140 students and it remains one of the most popular courses on offer there. The course at Tufts was offered as a full credit class and as a Natural Science option. The course had high reviews and was one of 4 courses asked to be repeated the following term. The course also filled up to maximum capacity within the first hour of enrollment. Click here for the unedited course evaluations. 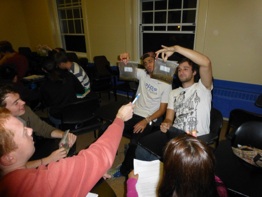 While in graduate school I’ve served as a teaching fellow (TF) for three courses: Life as a Planetary Phenomenon, an undergraduate Astrobiology course for non-science majors; Stellar and Planetary Astrophysics, a graduate level astrophysics requirement; and The Energetic Universe, an undergraduate course in the physical sciences for non-majors. For my teaching of The Energetic Universe I received a “Distinction in Teaching” award from the University.

Before graduate school I spent a year substitute teaching math and science at my old high school in Kalispell, MT and, incidentally, I also am a certified competitive Irish dance teacher (TCRG), though who has the time.... 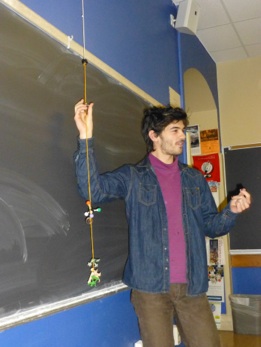 Teaching is a particular passion of mine, instilled in me from a young age by my father, Mac Rugheimer, who devoted his life to teaching physics at Montana State University and studying how students learn via the work through Mary Budd Rowe and Paradigm theory.

At Harvard, I took two courses in teaching methodology: Scientists Teaching Science by Phil Sadler, and Problems with the Blackboard: Tools for Teaching Science & Math by John Girash. The course Scientists Teaching Science has been my single biggest influence on understanding how students learn. I highly recommend watching Phil Sadler’s two famous teaching videos “Minds of Our Own” and “A Private Universe” where he demonstrates the power of misconceptions in impeding learning. I became aware of this myself as I conducted interviews of students to find out what ideas they currently have of how the Universe works. First, a teacher must know what misconceptions their students have, and then have them work through why those misconceptions are inadequate to explain the physical Universe before they are willing to take in new paradigms.

In addition to direct courses on teaching I’ve also attended three workshops from renowned Nancy Houfek, head of voice and speech at the American Repertory Theater, in effective presentation and public speaking skills. As well I received 8 weeks of career developement and public speaking training as a 2014 Harvard Horizons Scholar. I have now taught several workshops on public speaking at Harvard, the Kavli Foundation Summer Program in Santa Cruz, and at the University of St. Andrews. My most recent workshop I've developed is a mental health seminar for graduate students, offered first through the Equity and Diversity program at Columbia University.

Public outreach and mentoring in academia have become increasingly of interest to me over the past few years. I see scientific literacy as an increasing problem in the US which has sometimes life-threatening consequences such as when people deny evidence based medicine for untested and potentially even harmful alternative therapies or the persistent denial of climate change which is currently estimated to cost over 300,000 people their lives every year.

At St. Andrews, I participated in the outreach program GeoBus by visiting a local high school and running a program on the detection of Life on Mars and the burden of scientific proof. In developing this Mars activity, I encouraged students to see that extraordinary claims require extraordinary evidence and give them the tools to properly assess scientific claims they hear about in the media. Also with GeoBus, I made this one minute video on the detection of biosignatures on other planets.

I am the co-host with Dr. Sarah Ballard of a podcast called “Self-care with Drs. Sarah” where we discuss the importance of prioritizing caring for yourself so that you can bring your full engagement and be the most effective person you can be. Subscribe here on iTunes or listen on Sound Cloud.

I have written for Science in the News, a scientific outreach organization dedicated to presenting current scientific results to the public without jargon. The articles can be found here: Can Humans Play Red Rover; A Tale of Two Worlds; and Are We Alone? I also participated in Standing up for Science, a workshop at MIT for how to effectively communicate science with the media and the public, and the Ask for Evidence Boot Camp, a pre-launch campaign workshop to encourage everyone to ask for evidence behind claims in the media, advertising, and policy.

In February of 2019, I was a guest on the SAGAN net program "Ask an Astrobiologist" discussing both science and career paths:

I'm also interested in science and education policy and how scientists can better communicate our findings to the public on politically relevant issues. In 2014, I helped launch with two other graduate students a outlet for Harvard science graduate students to write about science policy on a blog called PolicyLab. I served as a senior editor and the communications director.

I have benefited greatly from several mentors in life, science, and writing and mentoring has been shown to be instrumental for women in science as a effective way to help the leaky pipeline.

Currently, I mentor two D.Phil students at Oxford in the Physics department. At St. Andrews, I mentored formally a PhD student in geology. I was a mentor through the Harvard Graduate Women in Science and Engineering (HGWISE) for a female undergraduate student at Harvard. I also serve as a departmental representative on the HGWISE board. From 2009 - 2013, I was one of two graduate representatives on the Committee for Academic Studies which monitors the progress of all graduate students in our department and advocates student concerns to the Department.